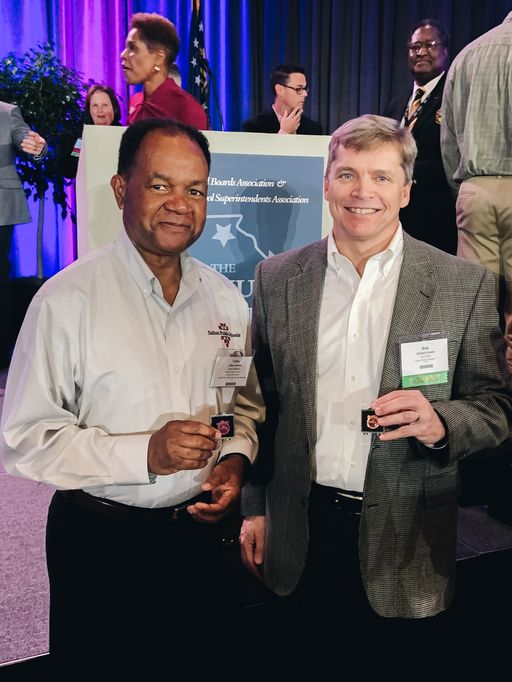 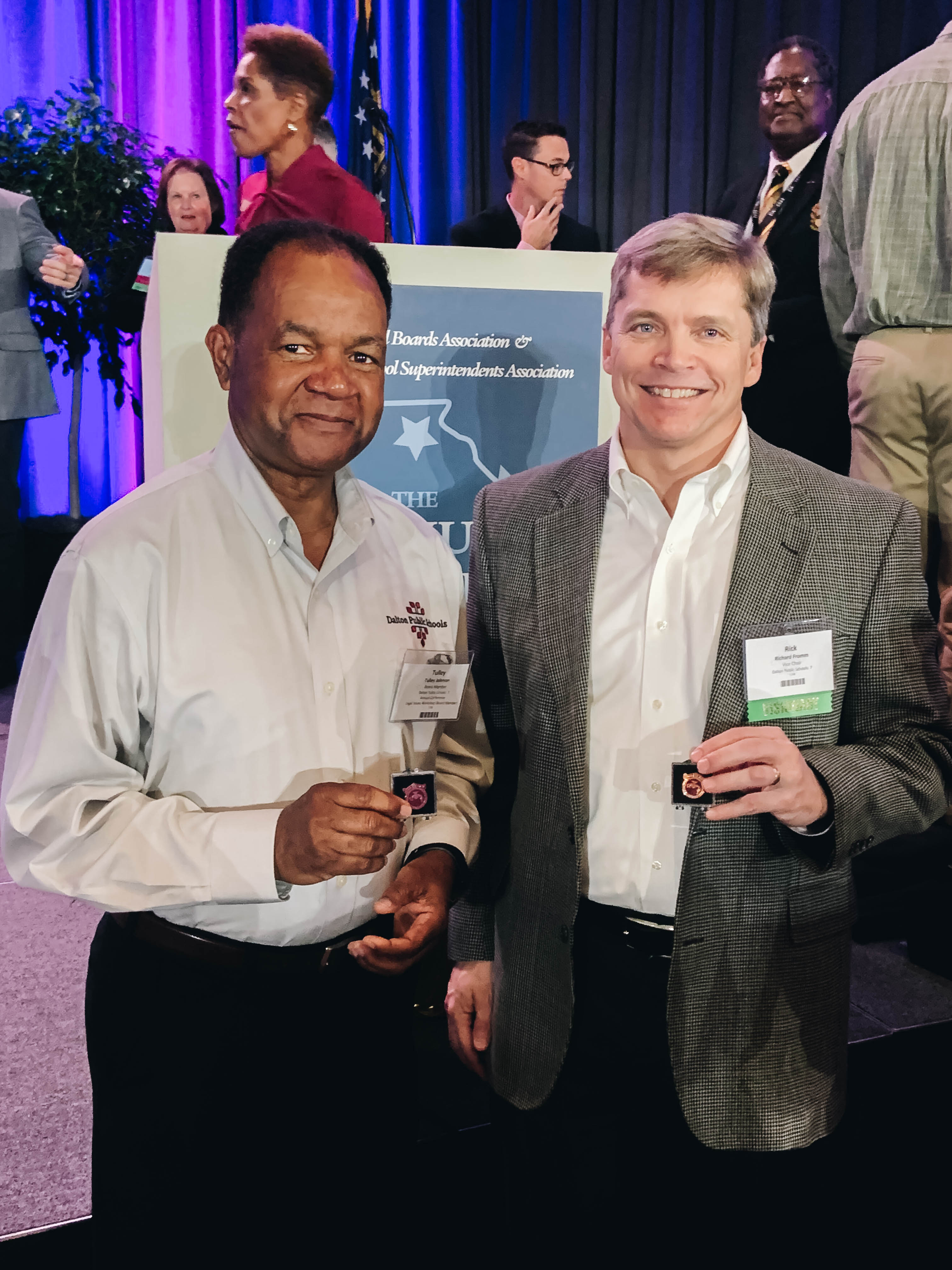 Board members Tulley Johnson and Dr. Rick Fromm were recently recognized at the Georgia School Boards Association (GSBA) annual convention for their longtime, dedicated service to the Board of Education. Johnson continues to serve on the board after 20 years and Fromm, who retired from the board this year, served for 16 years.

GSBA recognized all board members from across the state who have served for more than 15 years on their school board.

Johnson said when he first decided to run for office 20 years ago, he told himself he would only serve one term. However, each time he's up for re-election, he finds there are people in the community asking him to run again.

Johnson has seen many changes over his 20 years of service: the district's increasing diversity, changes in leadership and the community's financial ups and downs. That last one is the thing that still sticks with him.

"When the layoffs came in 2009, where we had that big economic slide, a lot of teachers decided they would take pay cuts," Johnson said. "I'm still very emotional about that. I told them then that I'd do the best I could to make sure they got their wages back, and it's been an uphill win for all of us."

This year, Johnson begins another term on the board. He said he's happy to continue to serve.

"I've enjoyed my career, that's all I can say," Johnson said. "Every year is different, and it's getting better."

Fromm's 16 years of service were not only recognized by GSBA, but also were highlighted at his final board meeting in December. Board Chair Matt Evans emphasized Fromm's accomplishment of 16 years on the school board.

"There's a debt of gratitude we owe anybody who would serve in this capacity for 16 years, representing kids, representing Dalton, representing DPS, and becoming my personal friend, and an advocate for young people and this great thing we call public education," Evans said.

Fromm said it has been an honor to serve on the board for so many years. 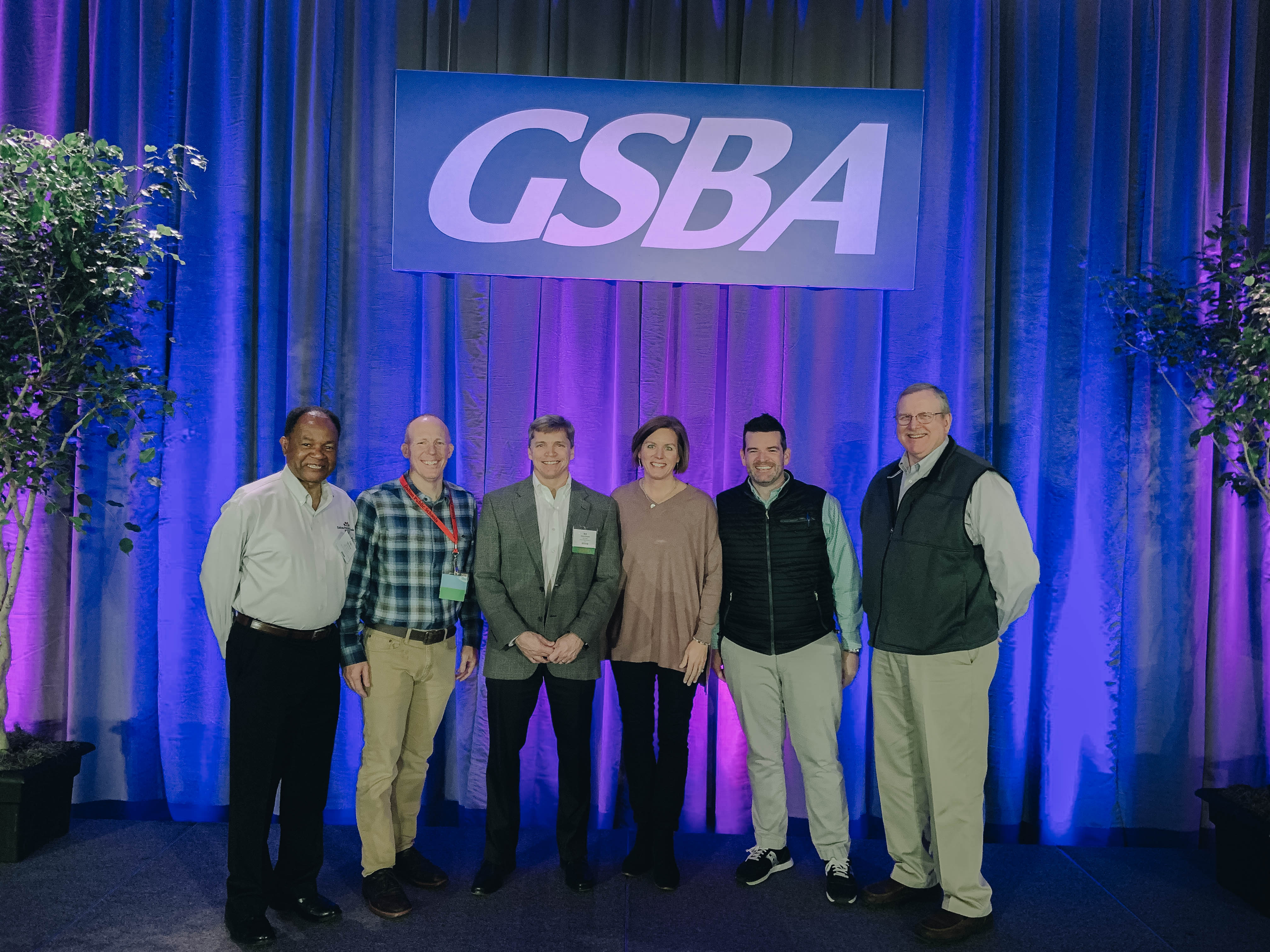 "I've learned a lot in the last 16 years," Fromm said. "I'm very proud to have been a part of a special organization such as Dalton Public Schools. There's something very unique about our culture."

Despite Fromm's long-time service to the school board, he wanted to take the time to highlight administrators and teachers who have also worked for Dalton Public Schools for sixteen years, or longer in some cases.

"Administrative staff and district staff, it's amazing how many of you have been around for the whole 16 years," Fromm said. "We talk about board members and long tenure, but you guys have been here even beyond that time, and I love that continuity we have in the district."

Fromm said although his time on the board is through, he isn't through working to support Dalton Public Schools.

"I will miss working with you, but I'll not be gone completely," Fromm said. "I'm only quitting this job; I'm not quitting Dalton Public Schools. I'll continue to support you and the mission of Dalton Public Schools, I'm excited about our vision. God bless you all, and I'll be praying for your continued success."

Fromm said he could sum up his inspiration for his long-time board service with the following quote by C.S. Lewis: