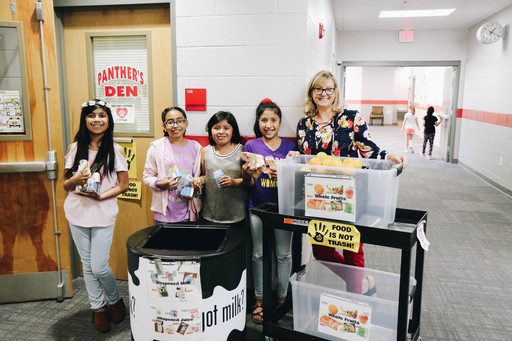 "Food waste has been a constant frustration for myself and the rest of the School Nutrition staff for years. It's wonderful that the food students choose not to eat can be properly distributed throughout the community where the needs are." 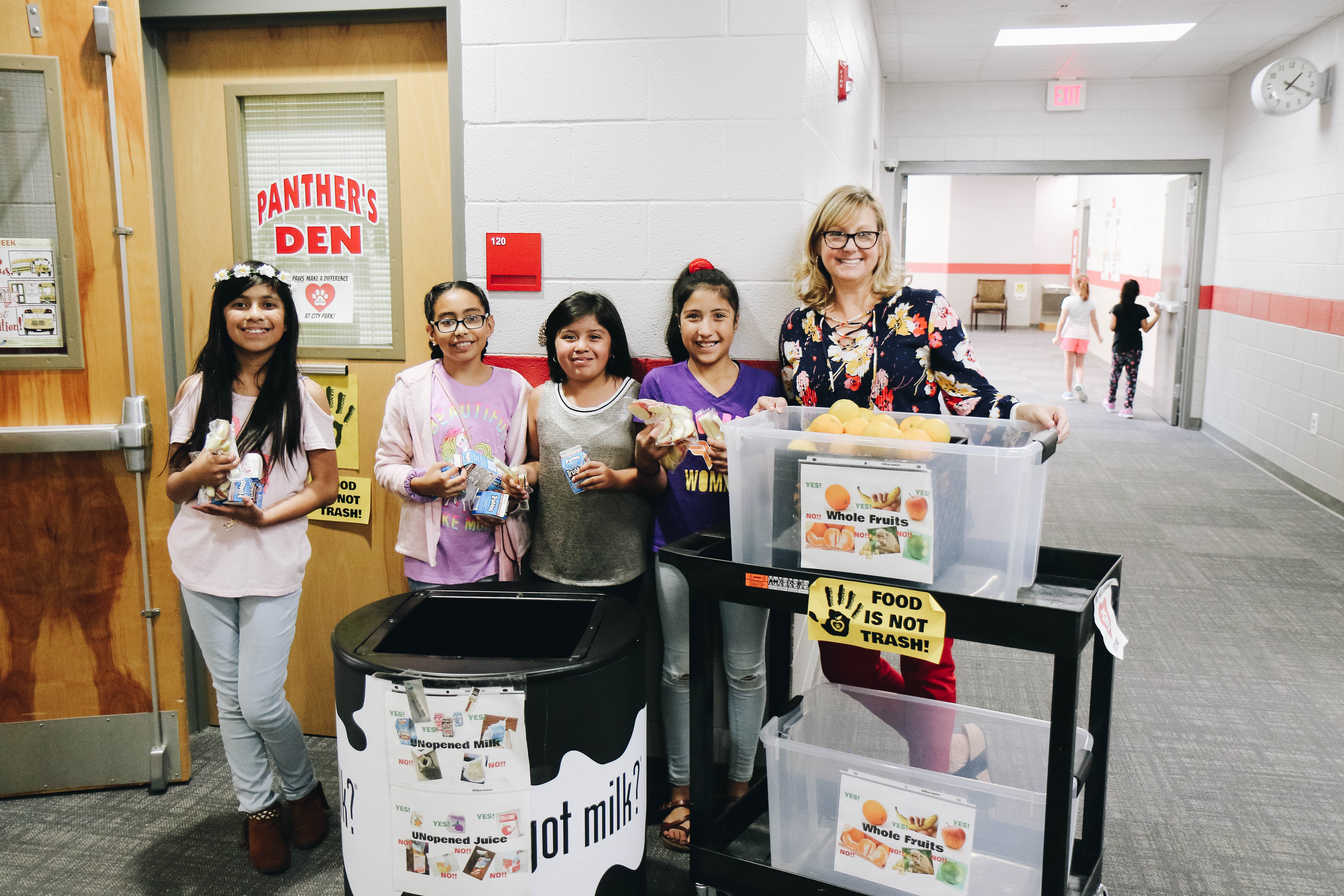 When Alecia Halman started teaching at City Park Elementary last year, she immediately noticed the amount of food that was thrown away. City Park is a Title I school, meaning all students receive free breakfast and lunch. While this allowed many students to eat who may have otherwise gone without food, it also created a problem with food waste.

"I was seeing that kids were being told to throw away whatever food they didn't eat," Halman said. "I was appalled because there's nothing wrong with their banana, or whatever food it was. Then I learned that there have actually been teachers who have been fired in the United States for taking the food and redistributing it to students."

These revelations shocked Halman, so she took it upon herself to investigate some more. According to Halman, there are strict health codes and laws cafeteria staff must follow that prevent them from reusing perfectly good food that hadn't been eaten. As a result, a lot of untouched food ended up in the trash every day.

"I was aghast at how much food was getting thrown away," Halman said. "I was frustrated, I was annoyed and irritated at the lesson it was teaching our children. I mean, we're sitting here and telling them that we're giving you this food, and if you don't eat it, just throw it away, it's not worth keeping. But food's not garbage. It really made me mad."

Halman wasn't the only teacher who recognized this problem within their school, but no one was able to come up with a solution to the issue. Halman said she spent a lot of time stewing on this issue until one day she ended up in the right place at the right time.

"I ended up going to a food drop which we do at my local church twice a year," Halman said. "This one happened to be the one that Pedro Avila, the representative that we work with at the food bank in Chattanooga, attended." 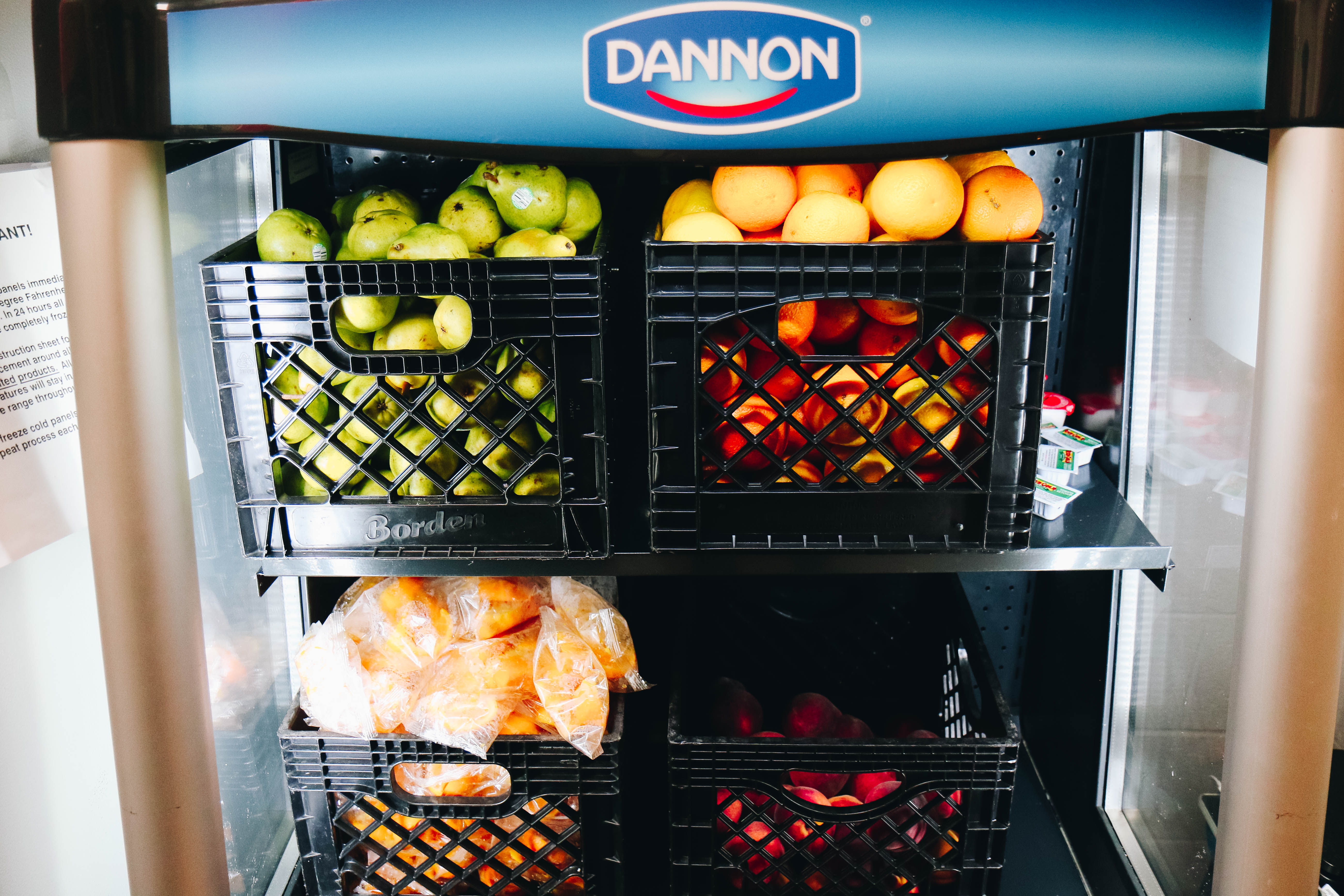 Halman approached Avila and began sharing her frustrations with food waste at school, hoping he would be able to share some insight. Avila told her she needed to talk to Carla Harward, founder of a non-profit organization called Helping Hands Ending Hunger.

"Carla started this organization after her daughter, a student in Trion County Schools, also saw the food being wasted," Halman said. "Carla is a laywer so she was able and equipped to dig into the real nuts and bolts of the situation to find out what the real law is and how it works."

By looking into the details of the law, Harward discovered that reservicing the food, where cafeteria staff would collect uneaten food and serve it to students again, was not allowed. However, redistributing the food outside of school is allowed under the law.

"Carla discovered that once kids receive food from the school, it becomes their property and they can choose to do with it as they please," Halman said. "Because it's their property, they can eat it, they can share it or they can donate it to a charitable organization like Helping Hands Ending Hunger."

After learning about Helping Hands Ending Hunger, Halman implemented the program at City Park beginning in August 2019. She created bins where students can drop uneaten food in the cafeteria and in hallways. Student volunteers help her by sorting the food, counting it, weighing it and recording it in a spreadsheet daily.

"They're sacrificing their recess time to be able to this, and they're giving their time to help other people," Halman said. "A lot of the kids who are helping me are also the ones receiving the bags."

After the food is collected, it's taken into the distribution room. Every Friday, Halman and other volunteers distribute the food evenly between insulated grocery bags, one for each student participating in the program.

"Usually they end up with about six milk cartons each, a lot of fruit, cheese sticks and then they get the Saturday Sack that's donated from First Methodist Church," Halman said. "Every child in each family that participates gets a bag, so some families are taking three to four bags home. And they come back the next week ready to fill it up again."

Students participating in the program are identified by the school's counselor, and their numbers are continuing to grow. From the first day of school to September 12, City Park had already saved 1,627 pounds of food from being thrown away and sent it home to families that needed it.

Halman keeps a flip chart in the main hallway with an updated tally of the number of pounds of food saved.

"After we finish tallying up for the day, I'll go back and update those numbers," Halman said. "It's a really good way to keep up with what we've done, because not only are we accountable to ourselves with what we're doing, but we're accountable to Helping Hands Ending Hunger."

"I am extremely happy to see this program be successful at City Park," Brackett said. "Food waste has been a constant frustration for myself and the rest of the School Nutrition staff for years. It's wonderful that the food students choose not to eat can be properly distributed throughout the community where the needs are." 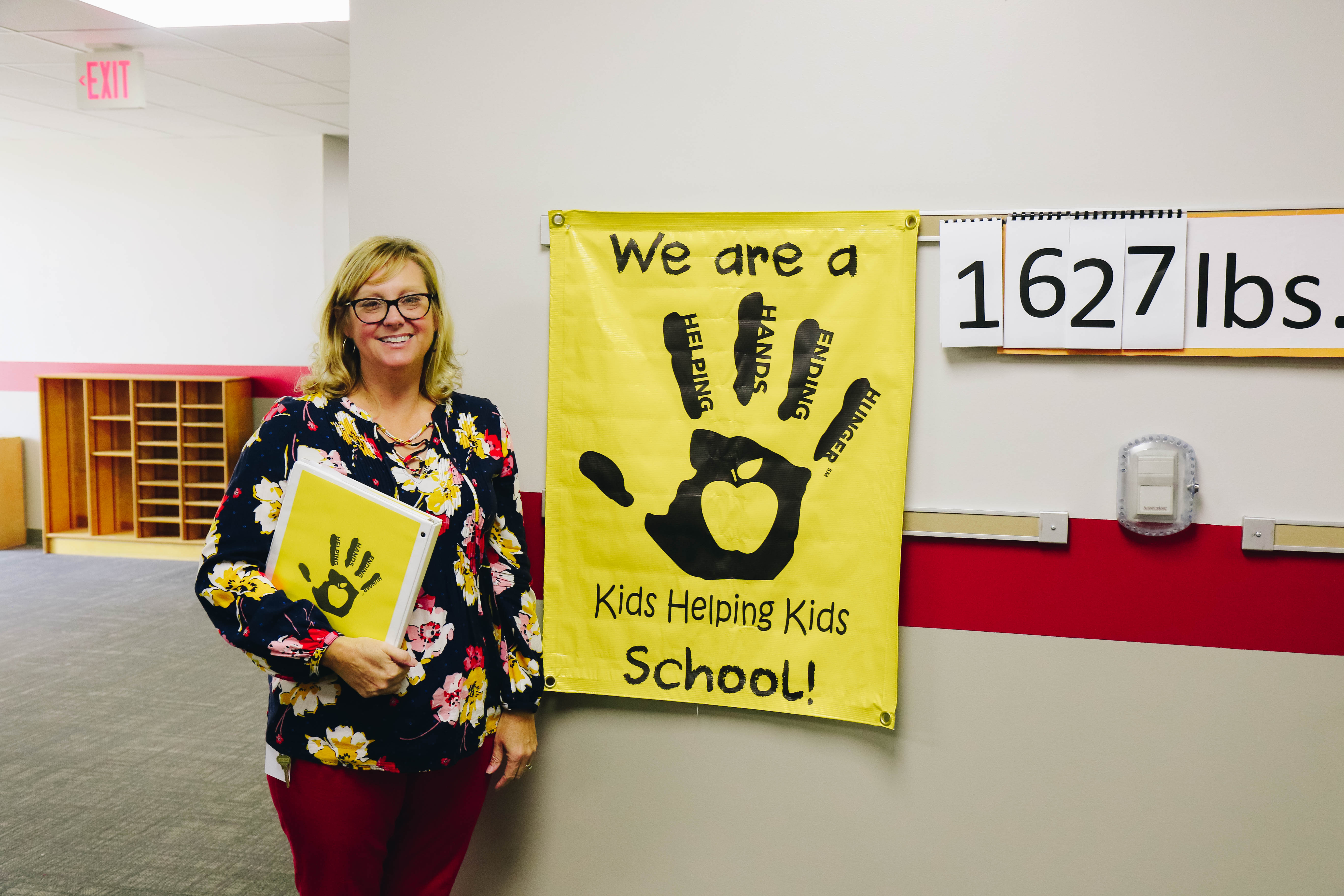 Halman said she has already seen the impact this program has had at City Park, and hopes it'll spread to other schools not only in Dalton but across the United States.

"There's not another program like this in Georgia, nor another program like this in the United States so it's really, really special to have City Park be the one that is bringing it to Dalton," Halman said. "I've paved the way for other schools in our district because we've got the Superintendent on board, we've got the School Nutrition Department on board, we've got everybody to say this is okay, so now it's as easy as just becoming a partner school. I'm hoping that it's going to continue to spread and people will become more aware and we're going to make a big difference."

If you are interested in implementing Helping Hands Ending Hunger at your school, visit their website at www.helpinghandsendinghunger.org, go to the "Schools" tab and click "Become a Chapter".

If you would like to volunteer at City Park to help sort food into the bags for students to take home, Alecia needs help every Friday. You can contact her at alecia.halman@dalton.k12.ga.us.