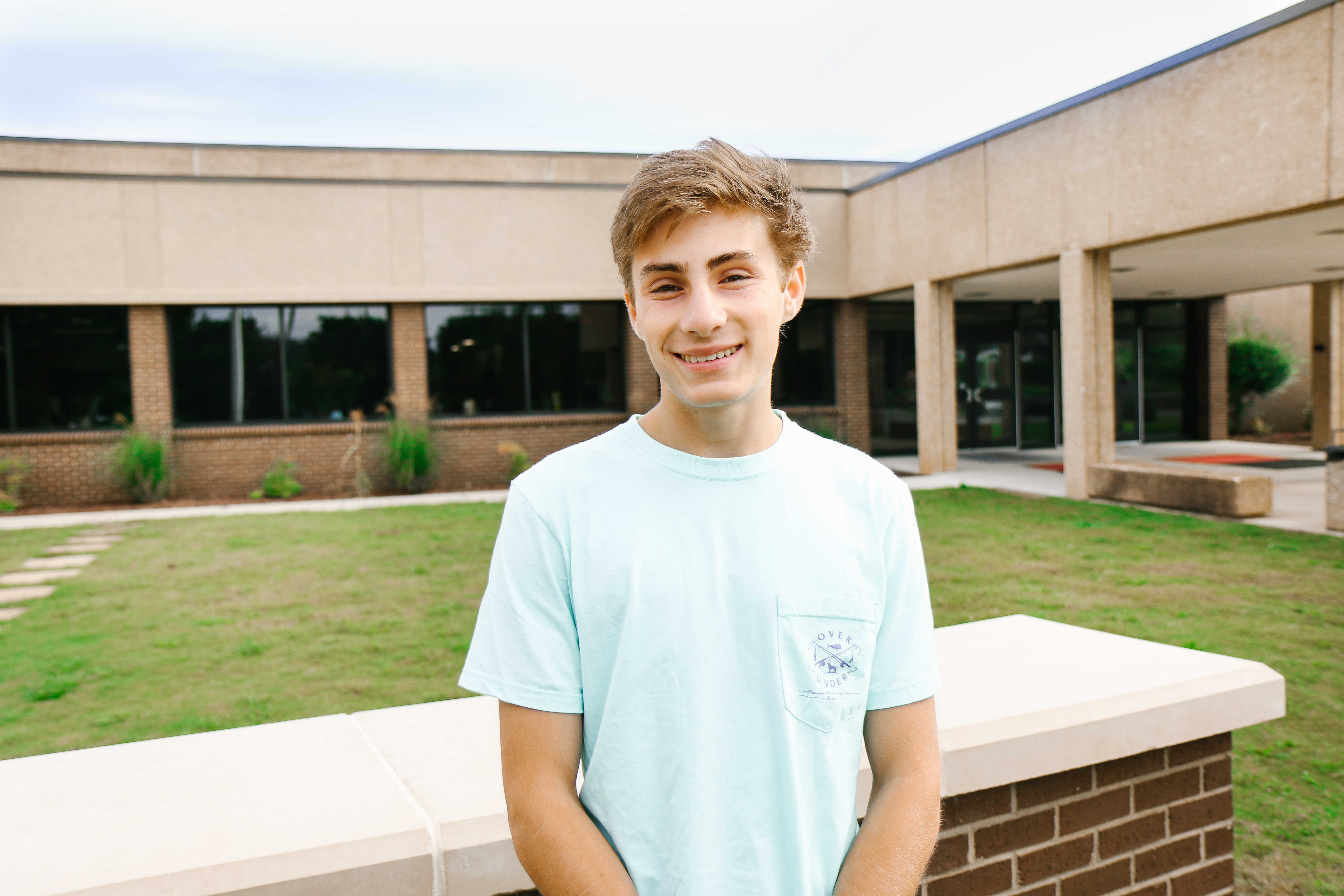 Wright said earning the title and scholarship would mean a lot to him because he has put in significant work to achieve it.

"There aren't many students who fall into this category, so it would be an honor to be one of the few," he said. "However, it took more than me just studying to get here. It was a collective effort from me, my family and all of my teachers who have prepared me."

Wright said he would like to attend the University of North Carolina or Vanderbilt University to study either business or engineering. This scholarship would be a great help in allowing him to achieve his goals.

Steps in the 2019 Competition

More than 1.6 million juniors in about 22,000 high schools entered the 2019 National Merit Scholarship Program. The number of Semifinalists in each state is proportional to the state's percentage of the national total of graduating seniors. Wright is one of 16,000 Semifinalists across the country.

To become a Finalist, the Semifinalist and his or her high school must submit a detailed scholarship application, in which they provide information about the Semifinalist's academic record, participation in school and community activities, demonstrated leadership abilities, employment, and honors and awards received. A Semifinalist must have an outstanding academic record throughout high school, be endorsed and recommended by a high school official, write an essay, and earn SAT® scores that confirm the student's earlier performance on the qualifying test.

From the approximately 16,000 Semifinalists, about 15,000 are expected to advance to the Finalist level, and in February they will be notified of this designation. All National Merit Scholarship winners will be selected from this group of Finalists. Merit Scholar designees are selected on the basis of their skills, accomplishments and potential for success in rigorous college studies, without regard to gender, race, ethnic origin or religious preference.

Three types of National Merit Scholarships will be offered in the spring of 2019. Every Finalist will compete for one of 2,500 National Merit® $2500 Scholarships that will be awarded on a state-representational basis. About 1,000 corporate-sponsored Merit Scholarship awards will be provided by approximately 230 corporations and business organizations for Finalists who meet their specified criteria, such as children of the grantor's employees or residents of communities where sponsor plants or offices are located. In addition, about 180 colleges and universities are expected to finance some 4,000 college-sponsored Merit Scholarship awards for Finalists who will attend the sponsor institution.

National Merit Scholarship winners of 2019 will be announced in four nationwide news releases beginning in April and concluding in July. These scholarship recipients will join some 338,000 other distinguished young people who have earned the Merit Scholar title.

About The National Merit Scholarship Corporation

The National Merit Scholarship Corporation (NMSC), a not-for-profit organization that operates without government assistance, was established in 1955 specifically to conduct the annual National Merit Scholarship Program. Scholarships are underwritten by NMSC with its own funds and by approximately 410 business organizations and higher education institutions that share NMSC's goals of honoring the nation's scholastic champions and encouraging the pursuit of academic excellence.