“I was thoroughly impressed with how hard they worked, and to get what they got done in the limited amount of time.” 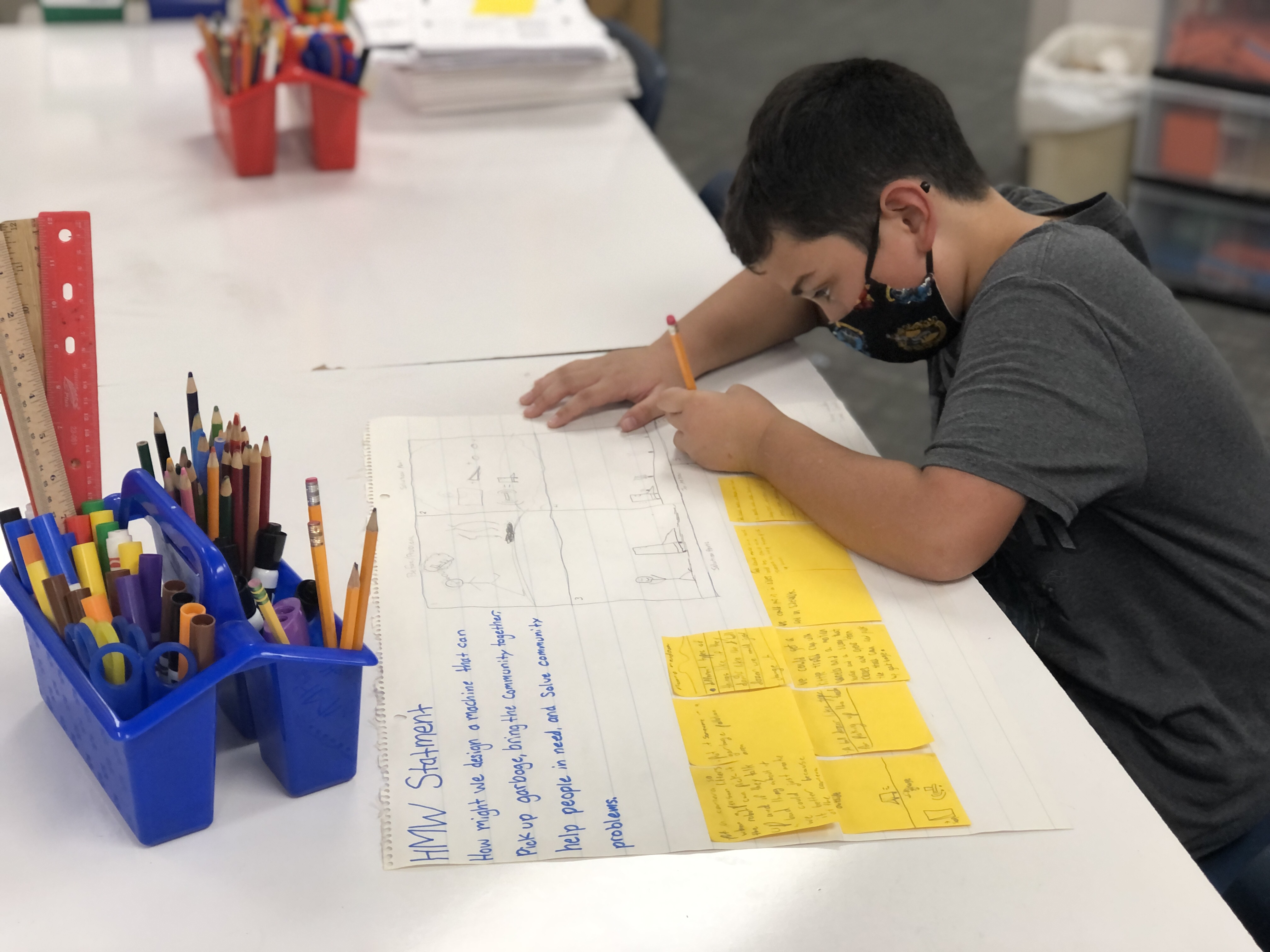 The competition was held throughout the entire month of October. However, the students had roughly two and a half weeks to take on this monumental project due to the team of students returning in person to school on October 16th.

As a group, the students took part in a five-step design process. They needed to identify a problem, demonstrate empathy, figure out opportunities, brainstorm ideas and experiment.

The students, who dubbed themselves the Garbage Guys, became frustrated with seeing pollution in their local parks, sidewalks and the community. Their goal was to develop an innovative mobile garbage collector to help combat this ongoing issue.

"I saw that there was a lot of trash on the ground," Ceballos said. "I hate that I have to see that all day so I wanted to come up with something that would help pick it up, because it's a big problem that hasn't been solved yet."

Jennifer Dubee, teacher at City Park, mentored these students throughout the invention process. She said it teaches students to become independent and hone in on their skills.

"I think it's exciting, you never know what they're going to come up with," Dubee said. "I think this is one of the great things about Bright Spark is that as adults our creativity stiffens, and so giving students the ability to have that free thought is exciting."

Dubee recognizes the unique opportunity students have to develop their skills. She empathized the importance of teamwork and encouraging one another.

"If a team doesn't become a finalist we're still all a team and we support each other" Dubee said. "I like being part of the process to watch them grow and to let them understand that it's not just about winning."

Each group uploaded their video presentations on YouTube. The presentations were voted upon based on the number of likes. The winners were announced through a virtual ceremony that took place on November 17.

For Dubee, she felt an immense feeling of pride knowing her team was able to excel in the competition amongst many others.

"I was thoroughly impressed with how hard they worked, and to get what they got done in the limited amount of time."

You can view the Garbage Guys's presentation on YouTube here: