More than 75 awards and certificates were given and the group plans to continue growing the trend in the coming year. 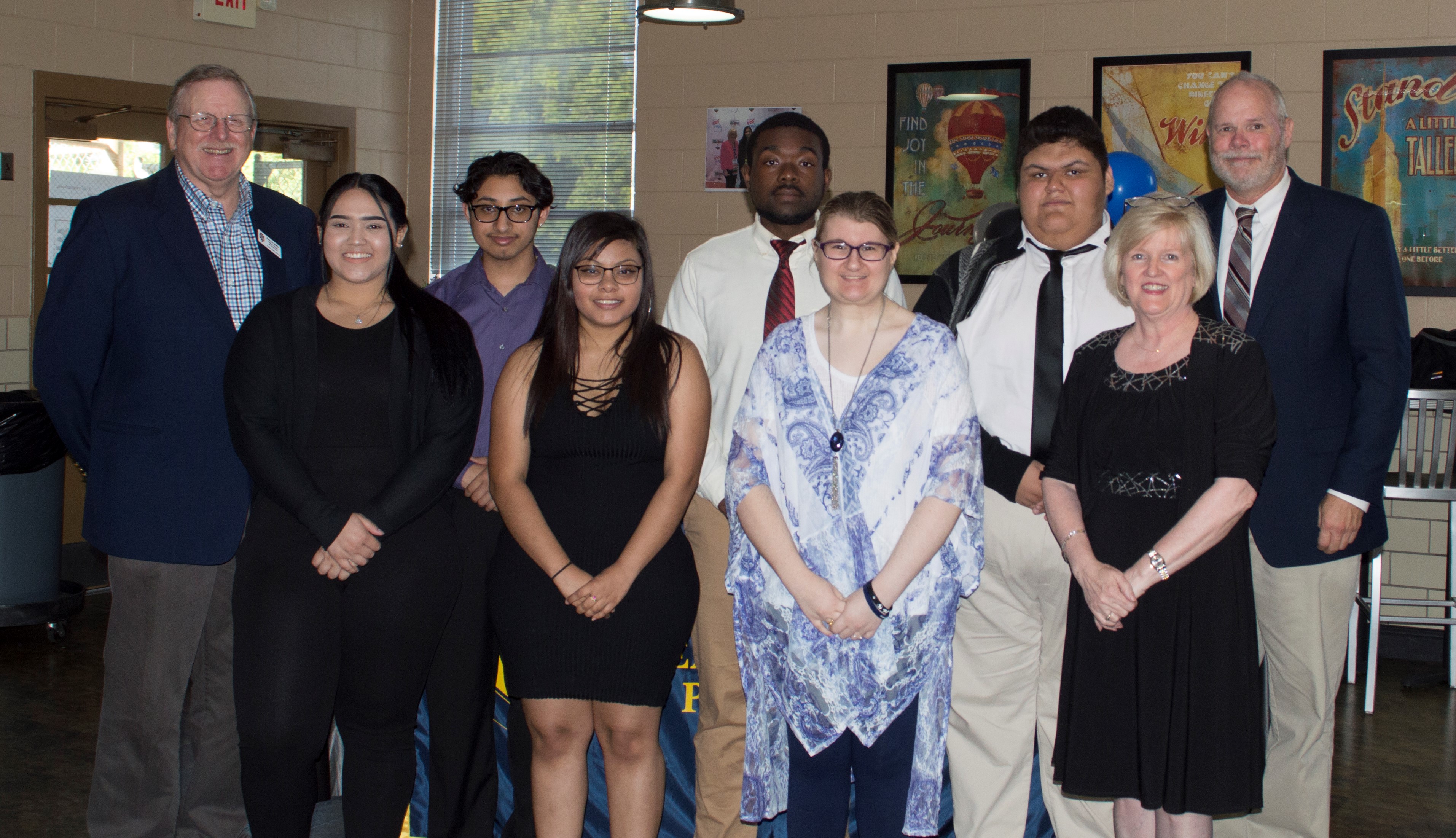 Morris Innovative High School celebrated Future Business Leaders of America's members' accomplishments with a banquet to celebrate all that the chapter accomplished throughout the year and to showcase the awards given to its members.

"All of the officers did an outstanding job leading the banquet and presenting the awards to the members and staff," said Advisor Sheila Yarbrough. "Awards were given to conference participants, active participants and committee chairpersons. Recruitment and Business Achievement awards were also given out. We were pleased to receive the Bronze level for Georgia Chapter of the Year Award."

"Who's Who" is the prestigious award in the local chapter that shows who has gotten the most active points for the chapter. The recipients, including Adkins, Watson and chapter historian Elizabeth Cornejo, are required to have at least four out of these five activities completed during the year:

After seeing what the organization can accomplish, the officers said that they hope to see FBLA continue to grow in membership and to help others in the community. They also want to continue to see more people compete to hone their skills and build their credentials.

Jessica Jacobo, MIHS FBLA member stated, "It is always great to see the members continue to build their portfolio with the certificates received at the awards program, and it is great to be involved with character building activities that will help others."

More than 75 awards and certificates were given and the group plans to continue growing the trend in the coming year.