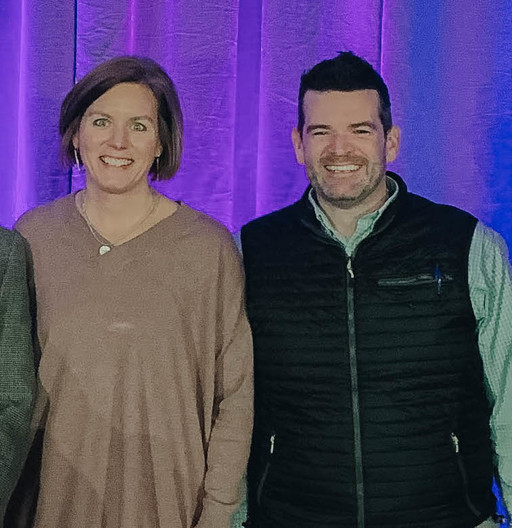 Reception to Welcome McClurg, Sanders to Board
Jan 7 2020

McClurg replaces former board member Rick Fromm who did not seek re-election. She is a fulltime wife, mother, and community volunteer. McClurg is married to Chuck McClurg, a graduate of Dalton High School, and has two children, Charlie and Parker, both students at Dalton High School. She is actively involved in various community organizations including the Whitfield Healthcare Foundation and United Way, and recently served as a trustee on the Dalton Education Foundation. She currently serves on the Dalton/Whitfield Zoning Commission and is an active member of Dalton First United Methodist Church. Originally from Florence, Alabama, McClurg moved to Dalton after graduating from Auburn University with a bachelor's degree in human resource management. She worked for Shaw Industries for several years before deciding to stay home with her children.

Sanders replaces former board member Pablo Perez. He is an attorney in private practice with the McCamy Law Firm in Dalton, Georgia. After graduating from Southeast Whitfield High School in Dalton, he completed his undergraduate degree at Harding University in Searcy, Arkansas, and his law degree from Tulane University in New Orleans, Louisiana. Sam and his wife, Shauna, have two girls, Georgia Claire and Henley, both students in Dalton Public Schools.

The public is invited to attend the reception for McClurg and Sanders as they begin their service to the students, staff, and community on the Dalton Board of Education.